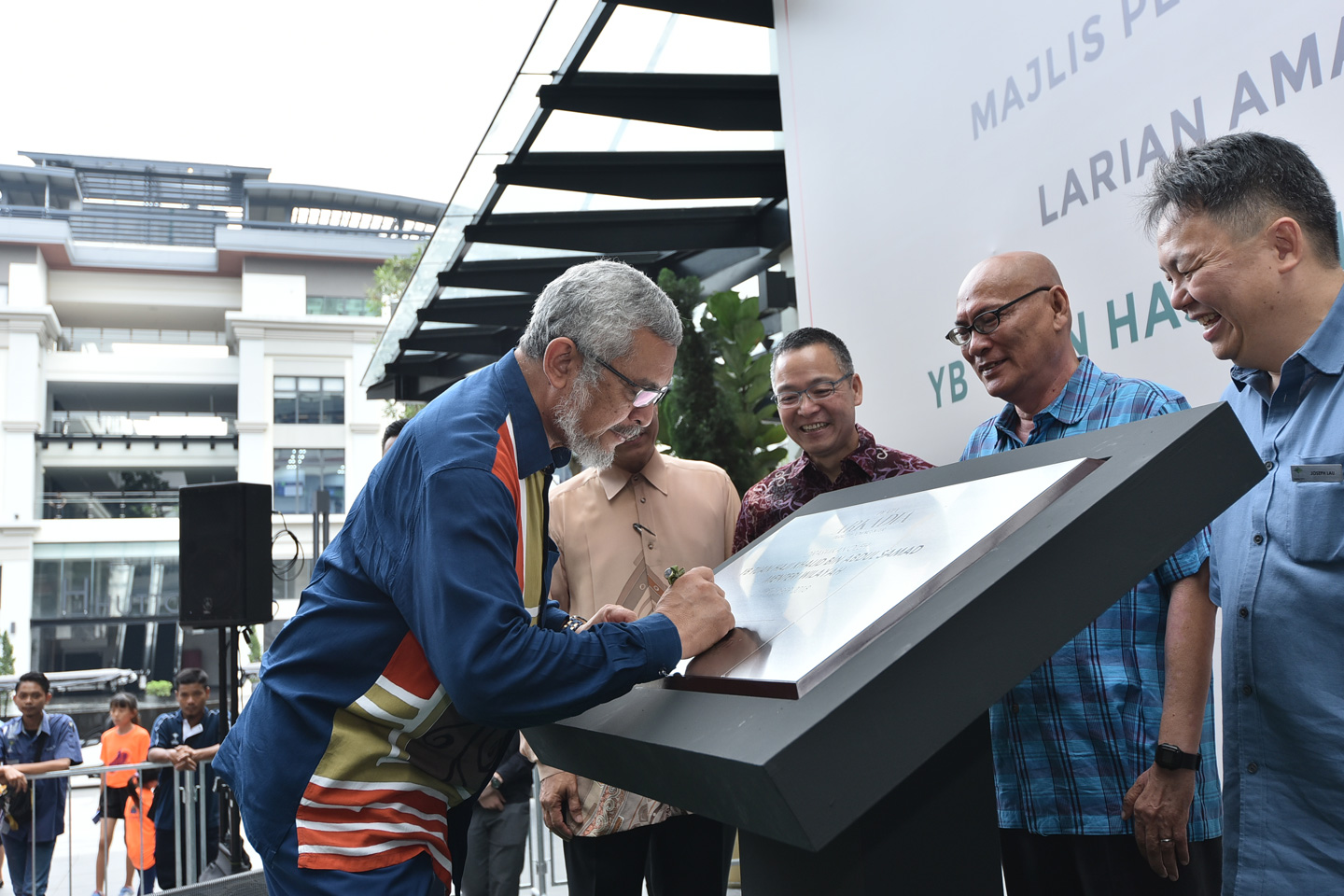 “From the design of the high street shops to the elevated courtyard links and public spaces, visitors to Plaza Arkadia can enjoy boutique style retail and lifestyle F&B on safe open-air sidewalks and streets that link seamlessly. The Plaza you see here today is the open central courtyard which is the focal point, a gathering place for the community, and an ideal staging area for open-air plays and events”, added Yaw.

In just a year after its completion Plaza Arkadia has reached a tenancy rate of more than 70% with anchors like Village Grocer and MayBank, and a variety of F&B outlets offering both local to international cuisines.

Group Executive Chairman of PARKCITY, Datuk Seri Yaw Chee Siew said that Plaza Arkadia is fast becoming a favourite spot for people seeking speciality services encompassing Health, Beauty and Education. “We believe we have created a destination that resonates very strongly with its customers that will make them return again and again.” Yaw said.

In his speech, YB Khalid Samad applauded ParkCity for an excellent job in creating a well-planned township in Kuala Lumpur. “It is indeed an exemplary township in Kuala Lumpur and what ParkCity has done is in line with the Federal Territories’ objective of ensuring that developments in the Federal Territories are well planned and not detrimental to the environment”, said YB Khalid Samad in his speech.

He also took the opportunity to congratulate PARKCITY and Endurance Nature Sdn Bhd for organising the annual Desa ParkCity Charity Run as part of their Corporate Social Responsibility project. “It was a very successful event and I hope this initiative will encourage others to help and support the less fortunate,” added YB Khalid Samad.

Highlights of the event was also in-house musical performance by the students from The International School @ ParkCity who came together to put up a melodious performance of “Saya Anak Malaysia” followed by the signing of plaque to symbolize the official launch of Plaza Arkadia and the Desa ParkCity Charity Run awards ceremony.

Desa ParkCity is a 473-acre master-planned community located at the western fringe of Kuala Lumpur. A matured neighbourhood embodying the essence of “creating spaces for life”. It is developed by PARKCITY, the property arm of Sarawak based conglomerate, Samling Group which has diverse business interests from forest resource management to oil palm plantation, property development and automotive business in various countries globally.

Endurance Nature Sdn Bhd is founded by Malaysia’s leading ultra-runners in 2014 with the aim to create a world class running arena and platform in Malaysia for local and international runners. Apart from organizing events to promote and educate the Malaysian running community, it also provides coaching and training camps as well as conducting sports seminars and educational and motivational speaking to schools, colleges, corporate companies and other organisations.

Selangor Rasa Sayang Society was established on 16 August 2016. This centre seeks to take care of children requiring special needs such as those with Down Syndrome, Spastic, Cerebral Palsy, Hyperactive and Autism, irrespective of race and religion, at no cost to the children. This centre is a voluntary and a non-profit organization (NGO) and is funded by donations from public.